Examples of courses offered during the fall semester 2020

Contemporary art both reflects and develops a wider cultural and societal context. It is therefore important to have the tools to understand and master the artistic dialogue. We are constantly developing our courses to enable our students to broaden and deepen their artistic skills and critical ability. The courses are only available to students admitted to Malmö Art Academy. The courses are designed to meet current student needs and are therefore changed every year. If you wish to read more about our previous courses, please consult our yearbooks.

On a meandering path with Jacques Derrida

French philosopher Jacques Derrida is one of postmodernism’s most eminent philosophers. His work aims to highlight the ruptures, inconsistencies, impossibilities in primarily metaphysical philosophy. Above all, this involves a criticism of language, albeit through language.

Derrida was born in colonial Algeria, as a neighbour to Helene Cixous, another language critic with whom he remained a close friend throughout his life. They shared Jewish roots, something that also became important to them in their philosophical work. For Derrida, this meant that parts of the Jewish scriptural tradition reverberated in his own work, particularly the mysticist tradition that claims that, in language, writing came first, not speech. Shibboleth, the biblical concept meaning that a speaker reveals their origin, was used by Derrida in his famous analysis of the Jewish poet Paul Celan, specifically as a marker for the ruptures in language.

The late Derrida dedicated himself to ethics and society above all. Through close readings, we will primarily look at Derrida’s early texts and ideas that highlight the ruptures in and through time and language.

Reading Derrida is to read a thorough and incredibly sensitive reader, who developed his own method and philosophy through a series of distinctive close readings of other thinkers. We will try to give the texts the time and attention they require and our focus will be on Derrida, however we will also branch out to a few of his closest references.

This time, we leave Heidegger to his fate to delve into Heiddegger’s and Derrida’s predecessor, the phenomenologist Edmund Husserl.

The course in handling plastics gives knowledge in laminating and casting of plastics, plus basic information about the safety prescriptions in the workshop. After finishing the course, you will get a “driver’s license” that permits you to work in the workshop on your own. 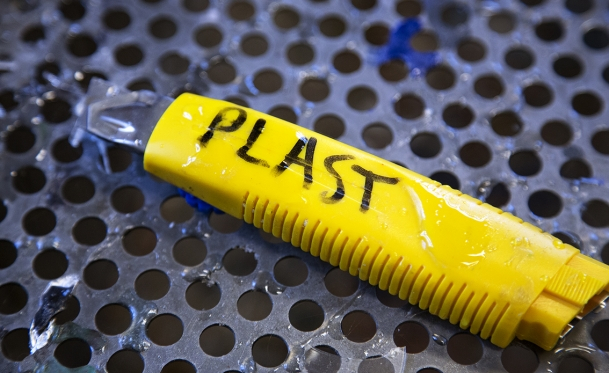 The course is intended as an introduction to work with clay and ceramic materials, dealing with different techniques and the stages in the process leading to a final object. The course consists of three days of workshops over four weeks. The content will be teaching, shorter exercises as well as individual work and individual tutoring during the process. We will work with stoneware and stoneware glazes.

«Painting in pandemic times» is a five day course and conversation group that would last over five weeks, occupying one day a week.

The course will be looking at, and discussing the current conditions of the medium of painting in the wake of the outbreak of Covid-19. We will take a point of departure a selection of shorter texts and interviews prior to, during or after previous crises, including John Kelseys «Rich Texts» from 2010, Isabelle Graws «The love of painting» from 2018 and others.

The course will consist of a shorter morning session with reading of the text material handed out a week in advance, followed up by a longer afternoon session that will be a discussion directly in response our morning reading. Accompanied will be a broad selection of images relevant to the topic of each session.

The aim of the course is to discuss and challenge the constant change of a medium that never ceases, and on the contrary tend to develop in challenging times. In addition to look critically and evaluate the meaning of testimonial writing on the medium of painting written (such as a recent example of Isabelle Graw) prior to the occurrence of a crisis.

What does it mean to look at painting through the internet and social media – pre-coronavirus – and now during worldwide lockdowns? What does recent and established conclusions on our medium mean today when terms such as network painting now can be only viewed and discussed online?

How can one move forward in such a climate?

A few, but relevant questions in times change and movement in painting today,.

At the end of the course all participants will be asked to write a short summary and individual conclusion of our five week analysis of the topic. 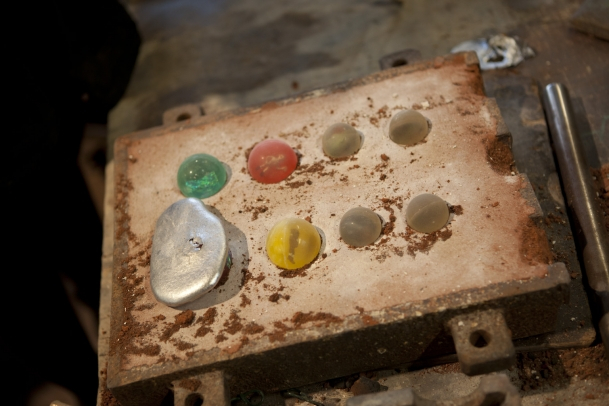 The artist, the researcher: about darkness

The artist as a researcher chooses a direction but she or he finds more or less surprises on the way. This seminar will begin by examining some artistic practices that relate to process of “investigation”, be it of real life or not. It will consider as well the way these investigations engage an exploration of the medium.

Research seems to be a “natural” condition for an art practice. But some artists are specifically dealing with some unavailable historical facts.

Opposed to the belief that abstraction or expressionism can reach on some repressed truth, they know about authority and that referring to truth can be a legitimation procedure.

So it is about some missing history, the history of the defeated, or the repressed history in the long tradition of domination between humans. The question stays: why ar? And how does art deal with memory and justice through its forms and not through a discourse or a straightforward narrative? Given that there is ideology into most representations, how can the artist provide representations of history without becoming an ideologue? And it is also about history of art itself, the categories it carries, and the fact this discipline took time to gradually include a diversity of voices.

Avant-gardes are linked with history of violence. There were times when practices were displaced from one cultural context to another, from transmission to reinvention, from a medium to others and had to confront alien gestures so to escape logic of power. In the context of changing relationship between history, history of art and cultural history, can art offer an exit to theoretical closures?

This seminar will extend from a few modern and contemporary art practice or positions to explore how David Hammons gestures toward invisibility have built an “œuvre” by stepping voluntarily in the dark.

Hocket (Lat. hoquetus, (h)oketus, (h)ochetus; from Fr. hoquet, Old Fr. hoquet, hoket, ocquet, etc., related to English hickock, hicket, hiccup, and similar onomatopoeic word formations in Celtic, Breton, Dutch etc., meaning bump, knock, shock, hitch, hiccup) is the musical technique of distributing a melody amongst different voices, each voice or instrument alternately playing a note at a time. You could see it as an extreme form of collaborative microtasking. In this course, a joint production between students from the Art Academy and the School of Performing Arts course in conceptual theatre, we will make a video together comprised of micropieces created by each student and arranged in hocket to an original musical score by an outside composer. These performance-based micropieces, of duration between less than a second to 10 seconds or more, can take many forms: actions, dance moves/dances, photos, graphics, gifs, performative bits, text, etc. The working method of this course will be one of overflowing and quick creation, feeding off each other in a wild cause and effect.

Courses during the years